L’Atelier de Joël Robuchon may be the world’s most expensive restaurant chain. Each time I ate in the newest one, which opened across 10th Avenue from Chelsea Market in November, I listened to people around me compare notes on which of the 11 other locations they’d visited. Tokyo was popular, as were Las Vegas and, of course, the original in Paris.

As they reeled off their Atelier achievements, these people always sounded contented. And it must be soothing to know that as you travel the world you will find an Atelier waiting for you to climb up on a comfortable red leather stool, watch the cooks dressed in what look like black pajamas, admire the slightly supernatural colors of the vegetables and fruits submerged in water inside glass vases, recline into menu covers filled with Robuchon classics and small variations on the same key ingredients (eggplant, quail, squab, lobster), all at prices that most people can’t afford, but you can.

Lulling familiarity was not Joël Robuchon’s aim when he built the first Atelier almost 15 years ago. Having won just about every honor the French gastronomic world offers at his first restaurant, he had officially retired, and when he came back it was only to knock the whole system on its side. His idea was a restaurant where the food, made to his excruciatingly precise standards, would be served not at tables but at a U-shaped counter. The format may have been borrowed from Japan or Spain, but in France the effect was radical, as were the late-night closing hours and no-reservations policy.

The proof of L’Atelier’s success is how un-shocking this sounds today. 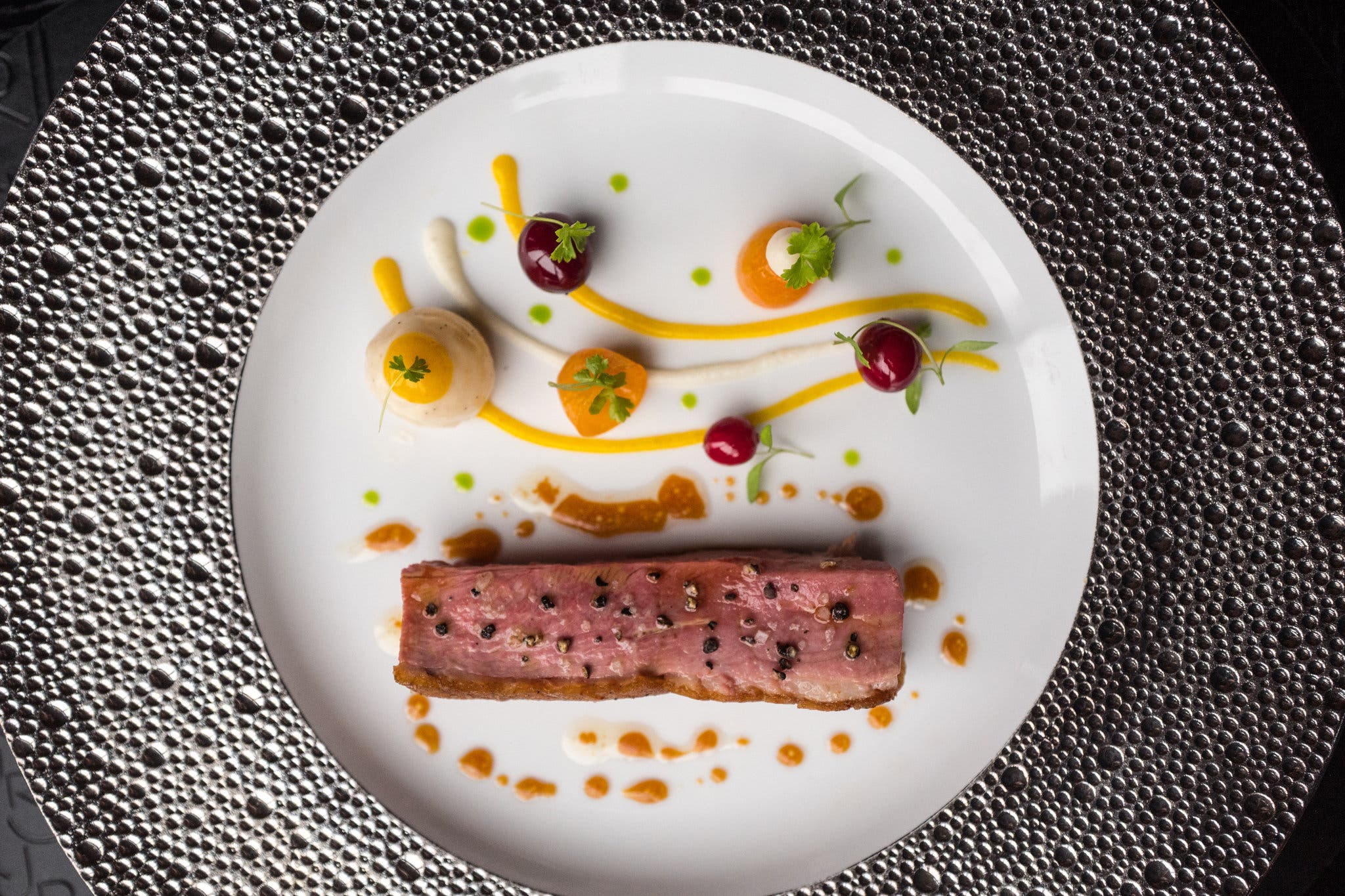 Early on, as R.W. Apple reported in The New York Times, the prices could be modest “if you avoid caviar and foie gras.” This was less true by the time of L’Atelier de Joël Robuchon’s initial New York run, at the Four Seasons Hotel in Midtown from 2006 to 2012, where Frank Bruni awarded it three stars. I remember feeling distinct pain there each time I paid the check.

I also remember a stunned awareness that I’d do it again. I had had no idea anything could taste as good as the simple combination of a langoustine and a basil leaf inside a see-through wrapper of fried brik pastry, or the far more complex glass of sea urchin suspended in lobster jelly under a quarter-inch of cauliflower cream that was like an insanely luxurious Jell-O salad.

Nothing on the menu at the new Atelier spun my senses around like those two dishes, not even the langoustine, which is on the leather menu covers there, too, but seems to have lost the juicy sweetness I remembered.

The kitchen, directed by Christophe Bellanca, shows impressive discipline. (It serves not just L’Atelier but a second restaurant, Le Grill de Joël Robuchon, which sits up front overlooking 10th Avenue.) Not one dot of sauce, and there are many, is out of place. But some crucial connection has been lost, the spontaneity and directness that was, I think, the point of the Atelier experiment.

Out of three dinners, my first was the most patchy. A $44 pair of mini-burgers topped with foie gras were more like an expensive caterer’s trick than a Robuchon brain wave. A vaguely spiced mush of eggplant under a runny boiled egg, for $32, was so unappealing I couldn’t finish it.

Things got better from there, and sometimes much better, though rarely much cheaper. Those two dishes were what the menu calls “small tasting portions,” and as you’d imagine, the appetizers and main courses come with higher prices. Three tasting menus, from $145 to $325, are not particular bargains. (Taking some of the edge off, service is included.)

Mr. Bellanca and his crew are at their best with careful refinements of classic French cooking. Slabs of roasted duck breast with cracked pepper and kumquat preserves, which I had in a main-course portion for $64, did everything you’d want canard à l’orange to do, and did it with style and confidence. There was a handsomely improved $42 blanquette of veal cheeks with tender-crisp vegetables and a little disc of buttered rice pilaf.

The beef tartare is chopped to little pieces but not beyond, smoothed with egg yolk, dressed with enough mustard to make it stand out in a crowd, and served with the fries that McDonald’s sells only in my dreams. It comes close to being a model of the form in every way except the price, $52.