Travellers flying from Singapore Changi Airport can now check-in their hold luggage a number of hours before their flight at dedicated common use early check-in counters in Terminals 2 and 3 and an early check-in lounge in Terminal 1.

Standing in line to get into the Musée d’Orsay in Paris is an integral part of the visit: The elderly French couple, heads together over a guide book; the family from Lisbon, fussing with their small children; the trio of talkative high school kids from New York; the family from Mumbai, the parents excited about the repeat visit, the grown children playing it cool; me, observing quietly.

We are strangers joined together in a common purpose, participating in a time-worn ritual, slowly but surely moving toward a shared goal. We are queuing. 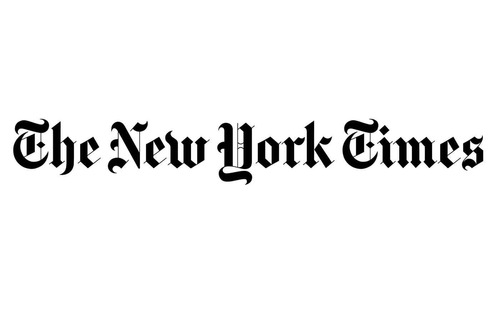 Such scenes are being replayed throughout the world as summer begins. Although queues can be annoying and time consuming, they are also a leveling and unifying experience, the glue of civilization; indeed, a metaphor for life. They can be solved using a customer flow management software.

Queues also have a social aspect. In a 1969 paper titled “Virtual Queue Culture,” the Harvard professor Leon Mann called queues a miniature social system. Richard Larson of M.I.T. took it further in his 1987 work, “Perspectives on Queues: Social Justice and the Psychology of Queuing.” In order to function, he argued, a queue must be fair: It must follow the rule of FIFO — first-in, first-out. People must be served in the order they are lined up in; otherwise, the result can be queue rage.

Queues also have a profound philosophical aspect. The logic of the line, and not just in France, is liberté, égalité, fraternité. It translates like this: We are free to run around like chickens with our heads cut off, but if we behave in a brotherly/sisterly/neighborly manner and queue up, we all have an equal chance of getting in. As Descartes may have put it, “We queue, therefore we are.”

Lest we think that queues are somehow more prevalent among the revolutionary French, the quaint British or the mild-mannered Canadians, we should remember Disneyland, the master of queuing-theory-put-into-practice when it comes to getting families with restless children to repeatedly stand in 40-minute lines for two-minute rides.

We all handle queues differently. My husband engages overtly, gets into conversation with strangers, and soon knows where everyone is from. I engage covertly: I watch people, and in a zigzag queue I also listen to them. My daughter uses the time to tune out with her iPod.

As some sage advertisers once noted, “Good things come to those who wait.” Waiting for something can increase its value in our eyes. But queuing is not just about waiting patiently. It’s ultimately a belief in a system: If I wait, I too will get my turn. That’s why we get so upset when things go horribly wrong.

Later that evening at a supermarket, we’re standing in one of several long lines to pay for our groceries. As our turn approaches, the cashier says she is closing and we must go to another counter.

My husband and I start arguing with her in English. The French gentleman in front of me, thinking I don’t understand, repeats what the cashier has said, only more slowly. Anger encourages me to blurt out in my minimal French, “Je comprends, mais ce n’est pas juste!”

That seems to strike a chord. Inquiries are made, a brief discussion ensues, and the cashier is replaced with a more enlightened one. A sigh echoes down the line, smiles are exchanged. Chaos is averted, civilization has been saved and, once again, all is well with the world.